Thank you for registering.
Oops! Something went wrong.
Stay updated with biGENIUS news.

New requirements defined by the Scout24 top management as well as the shareholders Ringier and KKR to measure the performance of the online marketplaces were the trigger for the development of a company-wide business intelligence solution. The extensive (K)PIs were previously laid down independently by the business and the Scout24 marketplace managers. Neither the online systems nor the analysis solutions of the online marketplaces were able to provide the required key figures in a satisfactory quality and within the desired period.

Scout24 was looking for a suitable partner with many years of expertise in the design, implementation and maintenance of BI solutions to build the new business intelligence solution. Trivadis stood out from their competitors thanks to their high level of competence (Trivadis is now part of Accenture - read about biGENIUS Spin-Off 2021).

The solution includes a historicized data warehouse created according to the companys' DWH/BI best practices:

Work started immediately in October 2014. The essential basics for setting up the data warehouse were established within just 3 weeks and approved jointly. These were tailored to customer needs in productive and clearly structured workshops and then captured in a basic BI concept.

The first implementation unit, the integration of ImmoScout24, CRM and NET-Metrix, was launched in November 2014. Thanks to the central development tool - biGENIUS® data warehouse generator - and the establishment of the basic BI concept, the release was made available to the customer in the required quality in December 2014. After completed delivery in January 2015, the first productive evaluations were created using the new data warehouse and presented to management.

The creation of a long-term data store was a central objective in order to clean up and free up the source systems. A historicized data store fulfils these requirements and forms the basis for further stages of expansion of the data warehouse.

In addition, a high level of standardisation, expandability and maintainability were required to enable Scout24 to develop the data warehouse independently and at low cost. The use of the biGENIUS data warehouse generator enabled these requirements to be met and also supported the iterative approach in the development of the data warehouse.

1. Close collaboration between the Scout24 and project teams was very important for the successful implementation of the project. The solution was specified in several agile iterations, developed and agreed on together.

2. The timely and intensive involvement of all participating partners made it possible to implement the solution on time and on budget.

3. The close support of the business and the person responsible for BI during the delivery tests enforced the understanding for the new solution and confirmed the needs and requirements had been understood.

Book a demo
How does biGENIUS fit in your ecosystem?

The versatility of biGENIUS completes your data analytics life cycle.

Click on the chart to see how biGENIUS compares to and work with your existing tools. 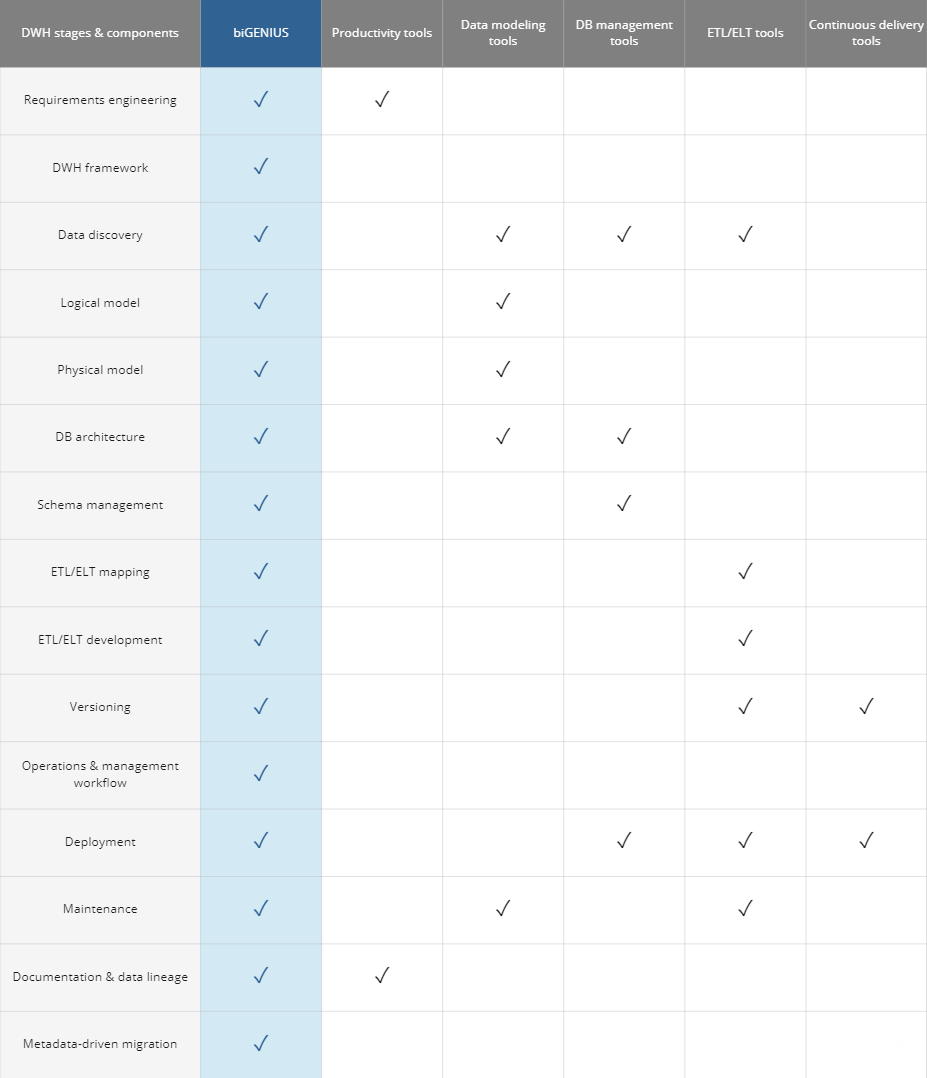 biGENIUS supports a wide range of target technologies, and all data sources accessible via these platforms. 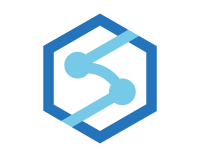 Azure Synapse is an analytics platform that brings together enterprise data warehousing and Big Data analytics. It provides an end-to-end analytics solution that enables customers to build data pipelines, analyze data, visualize insights and share them with others. 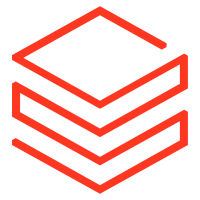 Databricks is a cloud-based analytics platform that combines Apache Spark, MLlib, and other open-source components to provide an easy-to-use, extensible platform for users to collaborate on data projects.

Accelerate your applied intelligence workflow with comprehensive features that biGENIUS has to offer.

Book a demoRequest a JumpStart